Attorneys, Here’s How to Train Your Brain 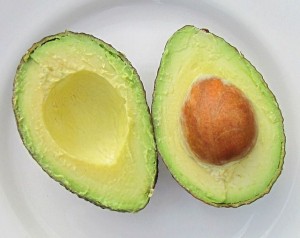 Being hungry or navigating a blood sugar drop is not a recipe for success in any environment, much less in a courtroom or a deposition, and the fact is that attorneys do not pay nearly enough attention to their brains during work. In my experience, whether attorneys arrive at depositions early, late, or precisely on time, their inevitable next questions are, “Where’s the restroom?” and “Is there a vending machine here?”

When I started working in the legal support industry, it was this second question that left me incredulous. Here I was, often witnessing amazing displays of intellectual agility around complex medical procedures or other complicated topics, listening to some of the brightest people I’ve ever heard argue, and yet many of them seemed to leave their own physiology completely to chance during the competition. Granted, a few of the top players I’ve seen appeared to be intellectual and physical superheroes, people who could argue for hours on end with neither a restroom break or so much as a granola bar. But even if you fancy yourself as one of these superheroes, orbiting around the rest of us with the magnitude of your logical momentum, why not use some of that brainpower to prepare your brain for the fight?

Of course you do—that movie was awesome. If you don’t know that movie, then by all means, please stand up now and go watch it. You’re back? Ok, good. So as I was saying, Ivan Drago was an amazing character and his training was at the pinnacle of what science and technology could offer.

If you’re a bright attorney then you’re probably already saying, “Wait a second, Ivan Drago lost to Rocky in the final fight, why do I want to emulate him?” Good question! Let me explain. If you recall, all that training and science couldn’t save Ivan Drago, the behemoth of a man, in his final fight against Rocky because he lost the will of his supporters. In this example Drago is like your mind, the brilliant machine of powerful intellect, and Drago’s training is like law school and all the other actions you’ve taken to prepare for your case. Your brain and the fuel it receives or does not receive are the supporters that will either stand behind you or desert in the heat of battle. If you lose your edge in the heat of the moment then all of your natural intellect and training mean nothing. But feed your brain and you just might win.

Fatten Up Your Brain and Win

It’s been theorized that our primitive ancestors sped into the metaphorical fast-lane of cerebral development when they gained access to the healthy fats available as part of a fish-laden diet. Armed with bigger, fatter brains, these homonids were able to gain the upper hand on their rivals and displaced the less brainy primates on the savannah.

Granted, I’m not sure if any of that is true, but it dovetails nicely into my point about the scientific research on feeding your brain with healthy fats. In fact, a Dutch study of 1,600 participants published in the journal Neurology noted that individuals “who ate fish [containing Omega-3 DHA] regularly scored higher on a battery of tests for memory, psychomotor speed, cognitive flexibility and overall cognition.” If you ask me, all four of those cognitive elements sound like dynamite arrows in your quiver if you’re going to be deposing an expert witness or bringing your best argument to bear in a courtroom.

So What To Do About It?

You’re in a rush and can’t make time for a fish lunch on the way to the deposition? Of course not, but you are in luck because there are a number of great portable foods that pack a punch of Omega-3’s. The good folks at Greatist have outlined six healthy fat foods to fuel the brain, and of the six listed three of them can easily be packed to go. Grab some almonds or one of the prepackaged nut blends on the market. Another option is to bring some hard boiled eggs with you, they travel fairly well and are pretty easy to eat on the go. Most 7-11 stores even have hard boiled eggs pre-peeled and ready to go. Lastly, avocados were made for traveling, and if you can get your hands on some easily-acquired plastic silverware they are an immensely satisfying and tasty complement to any vending machine “meal.”

Click here to book a deposition with Casamo and we’ll be happy to bring you as much brain food as you’d like!