Closed Court: When Court Proceedings Are Deemed Worthy of Privacy

Thanks to multiple traditions in American jurisprudence, both civil and criminal trials are open to the public. This means that almost anyone has the right to…

However, as with most legal rights, this one isn’t necessarily absolute. There are a few circumstance that require or allow a court to restrict public information. 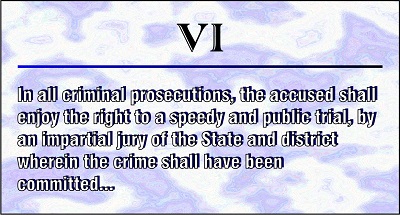 Exceptions and Impediments to the Rule of Public Access

Although the public has the right to view and research court proceedings to a point, certain trial information can be considered too important or too private to be revealed. In these situations, a special hearing may be held to determine whether the trial as a whole or parts of the trial need to be sealed.

Among the areas where exceptions are made, these are the most common:

If no other means exists that would potentially inhibit the defendant’s right to a fair trial, the court will rule that publicity will be allowed. In cases where impartiality is required, and public viewing could affect the case, the court will consider the following modifications:

For more information on court record processing, transcript availability, and information access feel free to browse our extensive library of blog articles. You are encouraged to learn all you need to know about court reporting, transcriptions, depositions, and more.