Help for Attorneys That Hate to Fly 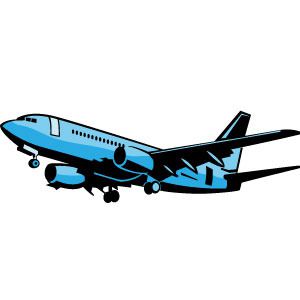 I recently flew from D.C. to Los Angeles and was seated next to a woman who appeared to grow increasingly nervous as the plane readied for takeoff. As the pilot throttled down the runway my seatmate was no longer able to ‘play it cool’ and furiously gripped the wide ends of her armrests with a talon-like grasp. I offered the most reassuring smile I could but it was clear that she had definitely reached a headspace where smiles weren’t going to solve her problem. It was the sort of white-knuckled grip you’d expect to see still maintained in rigor mortis, if God forbid anything went wrong with the flight. Thankfully, as the flight ascended to cruising altitude she slowly began to compose herself and one by one she unclenched her talons from the armrests. We experienced only a few bouts of turbulence on the 5 hour flight, all of them mild, and again in each instance her talons sprang forth to grab the armrest. Landing was the same if not worse for her and I couldn’t help but feel great empathy for this woman who clearly abhorred flying and had spent the last hours, and probably many anxious hours prior, in a great deal of fear.

But, Can’t I Just Take Take a Tour Bus like John Madden?

I was blessed with a bit of an indifference to flying and have always been unmoved by all but the worst bouts of turbulence. I’ve also always found that any moments of fear I’ve experienced while flying, infrequent as those have been, are always more tied to unfinished emotional business on the ground and far less attached to the in-flight experience. Granted, I’ve never experienced catastrophic turbulence and if I was ever on a flight where the masks popped down I’d probably start crawling out of my skin. Let’s hope that never happens….to anyone reading this! But this experience with my LAX seatmate gave me a moment to reflect on how unnatural flying really is. Hurtling through the troposphere at 500 miles an hour is not what humans were designed to do and anyone with a keen of sense of what’s really outside that airplane is probably well within their rights to feel a little anxiety. This in turn gave me the idea that attorneys, some of the keenest folks I know, might have a better option for ‘travel’ than white-knuckling it out on a flight. (and no I don’t mean buying a tour bus like John Madden, you probably can’t afford that)

Use Airport Entropy to Your Advantage

Setting up a recent deposition at our office I got a phone call from an attorney’s assistant who said that her boss was stuck at the airport waiting for his flight. “The weather in St. Louis is absolutely terrible”, she said, “and my boss Mr. Smith isn’t going to make his flight.” We were able to arrange Mr. Smith’s connection via videoconference, and the other parties who had all made their flights, were utterly nonplussed that he was attending virtually. No harm no foul by any measure. This whole affair seemed normal on its surface and all things probably were as they seemed. But given how fast Mr. Smith’s assistant was able to secure his signature when he’d supposedly been at the airport “for hours and hours waiting for his flight” I couldn’t help but dream up a backstory for Mr. Smith, one where he sat calmly at his desk, never having even packed a bag much less actually driven to the airport. I thought this would be an absolutely brilliant way to hide a petrifying phobia of flying from one’s fellow attorneys. These days, with over-bookings, bomb scares and weather cancellations forced by bad weather hundreds of miles away it stands to reason that the airport is the perfect black hole of certainty upon which a person can heap their own scheduling challenges. Everyone knows that airports are a place where collective lunacy reigns, and for that reason it’s unlikely that anyone would ever challenge the idea that ‘something stupid happened at the airport that has ruined any conceivable chance of a positive outcome today’. If you don’t believe me just ask the poor devils from Chicago who spent the night marooned at a cold Canadian military base.

Hate to fly but want to appear as if you’ve done everything in your power to fly to the deposition? We’re here to help. Want to call a stranger in a different city and tell them you can’t make your flight, even though that’s a complete fabrication? Like the Ghostbusters, “we’re ready to believe you!”. Just click the link below and book an HD videoconference.