Although bias shouldn’t be allowed in the courtroom, as a lawyer you know the truth. Bias is hard to shake when you’re trying to convince the judge or jury that your client deserves justice. However, the court reporter is one person in that room who can be completely trusted not to allow bias to affect his job.

The reporter’s job is not to take sides or try to present evidence in any specific way. He simply transcribes every aspect of the trial as accurately as possible in order to have a written report of the hearing. Every word spoken, every allegation made, or any inappropriate comment is written down in order to be reviewed later if needed. As a neutral observer standing outside the fray, the reporter is essential for later identification of any bias in the trial record or for any later appeal of the decision.

Considering how court reporters keep the hearing honest, don’t you think they should be essential in every court matter? Sadly, some jurisdictions now disagree. 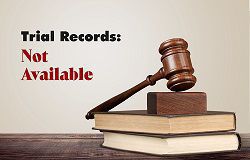 Court reporting cuts have begun to cause a worrying trend throughout California courts. Although court reporters used to be mainstream in every California court from San Francisco to San Diego, recent budget cuts have left their seats vacant. In fact, several large counties no longer provide court reporters for any routine, civil law, or civil trial matters. Instead, if a lawyer requires a record of the hearing, then he must move for an agreed statement to replace the absent record. This statement must include:

The Cons of an Agreed Statement

If you are lucky enough to be granted the motion for an agreed statement, acquiring the pertinent information you need for the summation can be difficult. You’ll have two basic handicaps working against you: time and bias.

Should You Be Worried About Your Future Appeals?

California has already seen several cases in which appeals have been negatively affected as a result of absent court records. And other states are now looking at adopting similar cost-containment measures by dismissing their own court reporters. If this trend continues, would you want to get stuck without a trial record safety net? Should you be worried about your appeals?

Let us know your thoughts on court reporting. In the comment section provided on this page, share how trial reports have helped you in the past and how you feel about this worrying trend. If your court didn’t provide you with a reporter, would you pay for one yourself or would you trust that everything would work out all right in the long run?