The First Novel Was Written by a Roman Attorney

Greek and Roman literature have some amazing lessons to teach. Homer’s epic poems are unforgettable, as they offer great insight into the moral attributes that a particular culture held in high esteem and help make sense of the seemingly modern phenomenon of looking back into history for heroes. Anyone for a “Don’t Tread on Me” license plate? 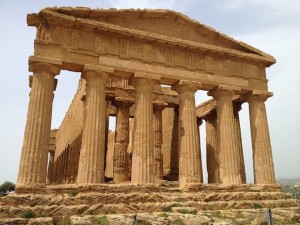 Indeed, Homer was actually writing about battles and archetypal figures that existed hundreds of years before “his” own time. Yet if there is a challenge in appreciating the oldest Greek works in close translations, it’s that they typically require a fair bit of hand-holding by a professor for the first time around. But this all is absolutely changes for the better when you encounter the Roman novelist Apuleius and his work Metamorphoses, also know as The Golden Ass.

Apuleius worked as a “pleader in the courts” and traveled extensively around the Roman Empire from his native Carthage. I won’t spoil it for you, but reading this novel—it’s the oldest existing novel—is amazing because it is, well, a novel. There isn’t any decoding required, you certainly don’t need a Ph.D., and anyone with even a passing interest in reading funny, bawdy, and adventurous stories will find this work instantly enjoyable. One imagines sunbathing Roman citizens in Ostia reading it on their summer break and laughing at the misfortunes of the main character. Ok, I’m not sure Romans had summer break—but you get the point. Written sometime around 160 A.D., it recounts the story of Lucius and his fantastic travels around the Roman Empire and all the slave girls, robbers, and witches he meets along the way.

The Courtroom Narrative of Today in Second Century Rome

During his adventure, poor Lucius finds himself in court on charges of murder after a night of wild drinking. Indeed we know that people have been tried for murder for millennia, but what is so striking about the story is the narrative’s utter similarity to the courtroom of the 21st century. The following excerpts are edited to show the numerous instances of “modern” legal terminology.

That story goes on from there, and I won’t spoil the ending for you,, but I find that this little passage offers a compelling look into the future by way of looking into the past. With so many experts these days falling over one another to predict where the legal industry is going, this passage evidences an 1,800-year-old thread of continuity that the industry is in fact not going anywhere.

What does this mean for you? Take a deep breath and don’t expend all of your mental energy trying to jump from trend to trend. Instead, focus on showing up, making solid arguments, and engaging in the work that must be done. Relax, there are drunken murderers all around you.